Throughout his life, Richard D. Alexander maintained a strong connection to his roots– to farm life; to his mother and father and their people; to his childhood town (Sangamon Township), county (Piatt), and state (Illinois); to the people who influenced, inspired, or just amused him; and to the colorful characters he encountered during his career. Among his favorite pastimes were walking, constructing walking sticks (he made hundreds), collecting vintage toys, listening to and playing music (especially what we would now refer to as “old-timey” and bluegrass), and caring for the animals in his homestead and farm. His favorite animal was the horse. Parallel to his academic career but only occasionally intersecting with it, ran his interest in understanding horse psychology and behavior, and following from this the proper way to train, ride, and keep horses. For much of RDA’s career he cared for and observed two herds of horses on his property in Freedom Township, Washtenaw County, Michigan.

RDA’s lifelong love was Lorrie Alexander, his wife of over six decades and the mother of their two daughters.

RDA wrote about all of these people, interests, and experiences. How should we represent these writings? “Popular” seems to suggest an audience that RDA never identified, and probably would never have identified. “Nonprofessional” is a negative indication presuming a primary focus on “professional” interests, a bias RDA himself would never have endorsed. “Folk” seems to pigeonhole his writings into a nostalgic Americana box, whereas RDA was attempting simply to represent his experience and interests– whether they qualified as “folksy” or not was irrelevant. Thus here they are represented as simply “Personal”, meaning that they emerged from, as RDA would say, his lifetime, his own particular developmental process, beginning to end. The criticism RDA would give to this label is probably that it seems too self-aggrandizing, and that in reality he hoped to connect to others with or without an overlap with his experience. His main impetus was to share.  To this we can say, fair enough, but these stories, thoughts, and lessons come out of your experience, and thus we will call this category of writings personal.

1977. The Clarksburg Cat, and Other Things That Happened along the Way: 41 Stories and Verses. 141 pp. [Unpublished, distributed privately.]

[PDF] 1994. How to ride young horses trained by Dick Alexander. [Unpublished, often sent as a letter or given as a handout when he sold a horse.]

2001. Letter to the editor on imprinting of foals. The Horse.

Essays on Horses and Horse Training:
[The essays in this informal series were conceived as supplements to his 2001 book Teaching Yourself to Train Your Horse. Each was either posted on or intended for the (now defunct) Woodlane Farm website.]

[PDF] 2002. On using ropes to lift a young horse’s legs and questions about secure tying. 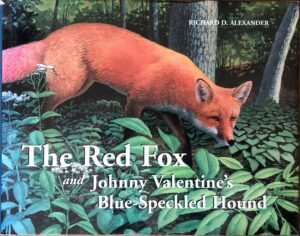 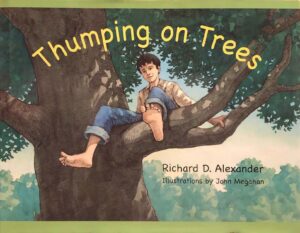 [PDF] 2012 [unfinished]. Special Babies & Their Parents: Calves, Colts, Kids, and Others. [This is a portion of a proposed book, containing examples of observations of animal babies by RDA and Megan Young, with an addendum about the distinctiveness of the human baby.]

Of ladybugs and their betters. Poem. The Wanderer.

Letter to columnist in Quarter Horse News re horse bridle bits (included in the column).

This website was launched in June 2010 and is a work in progress.

For more information or to become involved, contact David Lahti at dclahti@gmail.com.

to top of page